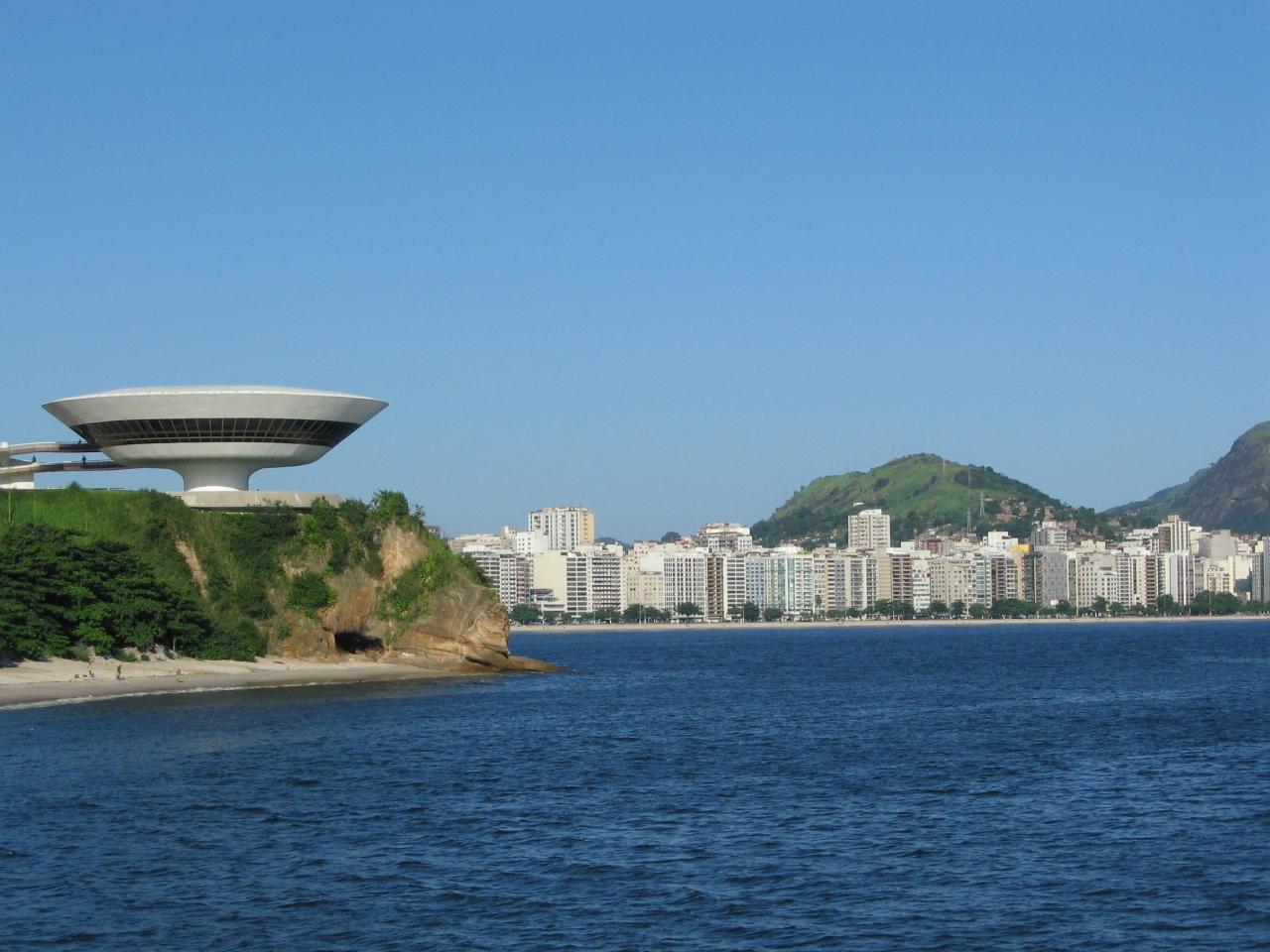 Discover the beauties of Niterói, the charming and lesser known side of Guanabara Bay, in a full-day tour. Leaving Rio de Janeiro, drive across Rio-Niterói Bridge, the largest reinforced concrete bridge in the Southern Hemisphere.

Visit the Niemeyer Pathway, the architectural complex composed of the Teatro Popular (Popular Theater), the Roberto Silveira Memorial, and the Niemeyer Foundation building, all signed by Oscar Niemeyer, Brazil's most famous architect.

Up next, admire the façade and pay a visit at the Museum of Contemporary Art (MAC), the famous round and futuristic structure overlooking the Guanabara Bay, also designed by Oscar Niemeyer.

Drive by the waterfront areas along the Guanabara Bay beaches, passing through Icaraí, São Francisco, Charitas, Jurujuba and Adam and Eve beaches.

Enjoy the buffet lunch in front of the São Francisco beach, one of the city's most famous culinary centers.

After passing by all the bay beaches, arrive at the Santa Cruz Fort. Notice the other side of the entrance of the Guanabara Bay, the main route of arrival to the cities of Rio de Janeiro and Niterói until mid-20th century.

Finally, head up to the peak of Parque da Cidade (City Park), 270m (885 ft) high, and enjoy a complete panoramic view of Niterói: the ocean beaches to the left and the beaches of Guanabara Bay to the right. At the same angle, you can also see Christ the Redeemer and Sugar Loaf, the two most famous points in the mountain range that gave Rio de Janeiro the title of UNESCO World Heritage title as Urban Cultural Landscape. Return by the waterfront path back to your hotel.